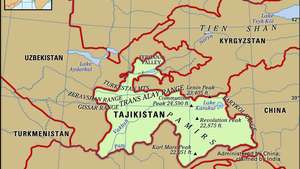 Taliban forces have swept across Afghanistan, finally capturing the capital city of Kabul. As people are desperately trying to leave Afghanistan, many will likely seek refuge in neighbouring Tajikistan.