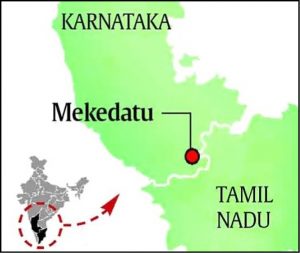 Karnataka has demanded that the Cauvery Water Management Authority (CWMA) give clearance for the detailed project report (DPR) of Mekedatu Balancing Reservoir Project in its next meeting.

It says, the CWDT and the SC have found that the existing storage facilities available in the Cauvery basin were adequate for storing and distributing water so Karnataka’s proposal is ex-facie (on the face of it) untenable and should be rejected outright.