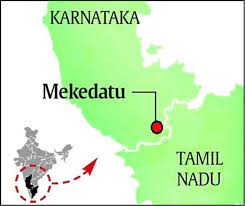 The Centre has given its assurance that Karnataka will not be allowed to carry out any construction on the Mekedatu dam project on the Cauvery river until its Detailed Project Report (DPR) is approved by the Cauvery Water Management Authority (CWMA).