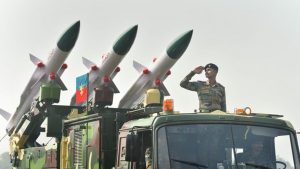 The central government is considering setting up of a tri-services missile/rocket command on the lines of the space and the cyber command as the first steps towards military theatre commands.