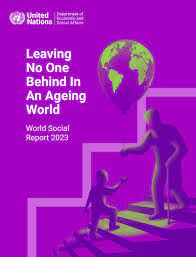 According to the United Nations (UN) World Social Report 2023: Leaving no one behind in an ageing world, the number of persons aged 65 years or older worldwide is expected to double over the next three decades.