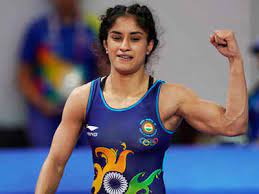 Vinesh Phogat has become the first Indian woman wrestler to win two medals at the World Championships after clinching a bronze in 53 kilogram category in Belgrade, Serbia.