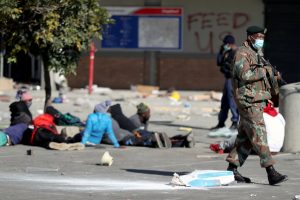 Riots and looting in South Africa have left more than 70 people dead, hurt thousands of businesses and damaged major infrastructure.