What Is An Urban Heat Island? 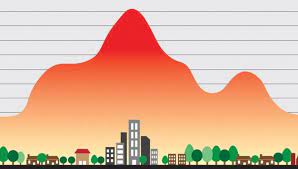 Several parts of the country are reeling under heat wave conditions. Cities, especially, are a lot hotter than rural areas. This is due to a phenomenon called an “urban heat island”.