What Is Fujiwhara Effect? 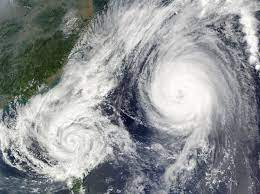