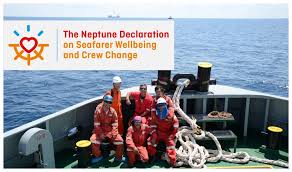 The Maritime body MUI urged the government to take cognizance of the” Neptune Declaration on Seafarer Wellbeing and Crew Change” in order to formulate the Maritime India Vision 2030.