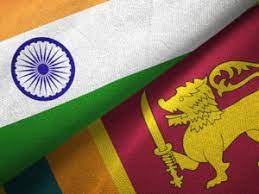 India and Sri Lanka signed a Memorandum of Understanding so that a Maritime Rescue Co-ordination Centre (MRCC) can be set up by Bharat Electronics Ltd (BEL) in Colombo.