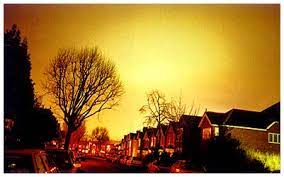 A recent study has shown that the Skyglow forces dung beetles in the city to abandon the Milky Way as their compass, they rely instead on earthbound artificial lights as beacons