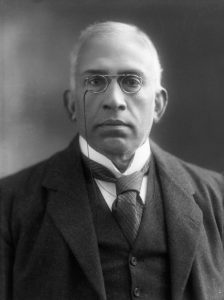 A biopic on Sir Chettur Sankaran Nair will be produced.