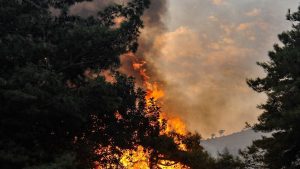 The prolonged dry spell coupled with unusually high temperatures in recent days has triggered many wildfires in Himachal Pradesh, destroying several hectares of forest cover across many parts of the hill State.