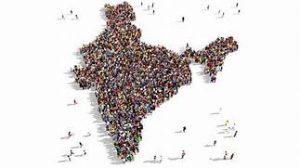 According to the 2022 edition of the United Nations’ World Population Prospects (WPP), India is projected to surpass China as the world’s most populous country in 2023.