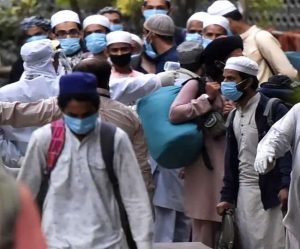 Over 200 have tested positive for COVID-19 from among 4,000-odd who had gathered in Delhi’s Markaz Nizamuddin, the headquarters of the Tablighi Jamaat. 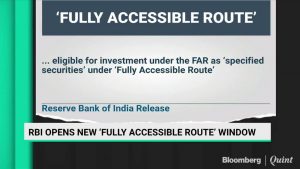 Recently, the World Health Organisation (WHO) declared the Covid-19 outbreak a pandemic. However, the United States Food and Drug Administration (FDA) declared Covid-19 an orphan disease or a rare disease. 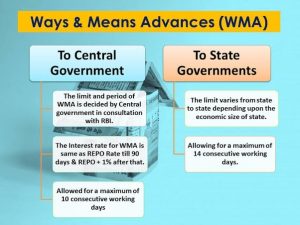 Recently, the Government has hiked Ways and Means Advance (WMA) limit with the Reserve Bank of India (RBI) by 60%.

1. The Government extended the existing foreign trade policy (2015-20) for one year till March 2021 amid coronavirus outbreak and the lockdown to contain the virus spread.

2. According to an article in the New England Journal of Medicine (NEJM), over 40 vaccines against the Novel Coronavirus (SARS-CoV2) are in various stages of development across the world. One of these vaccines is being developed by the Serum Institute of India (Pune, Maharashtra). Out of 40, only two vaccines are currently in clinical trials. However, a vaccine against coronavirus can be available only in the next 12-18 months at the earliest.

3. The Ministry of Tourism has launched a portal ‘Stranded in India’ to help foreign tourists who are stuck in various parts of the country. The portal strandedinindia.com consists of the various information that will be useful for the tourists in their time of need: Comprehensive information around COVID-19 helpline numbers or call-centers that the foreign tourists can reach out to for help are also available.

4. Director of the Indian Institute of Technology – Hyderabad (IIT-Hyderabad), has urged the government to consider the use of ‘bag valve masks’ as an alternative to meet any surge in demand for ventilators, in the wake of the COVID-19 pandemic.

5. This British-era law was recently invoked in Panchkula to curtail movement during the lockdown. Deputy Commissioner of Panchkula has passed an order under section 3 of this Act and has declared that all able-bodied male inhabitants of the villages be liable to be on patrol duty both during the day and night. The aim of the patrol in the present case is to keep a watch on people entering villages without a valid pass and to make sure villagers follow social distancing norms.

6.India and China mark the 1st April 2020 as the 70th anniversary of the establishment of diplomatic relations between them starting from 1950 till now.

7. Vice President Venkaiah Naidu has appreciated the commitment of virologist Ms Minal Dakhave Bhosale and her team at Mylab Discovery Solutions, Pune in developing India’s first testing kit for COVID-19. Bhosale gave birth to a baby girl just a day before submitting the kit to the authorities for evaluation.

9. Professor Arjun Dev, a renowned educationist and historian passed away.

10. According to the data released by the Ministry of Commerce and Industry, the eight-core sector industries recorded a growth of 5.5% in February 2020 which is highest in 11-months.

12. Tower and Infrastructure Providers Association (TAIPA) urged for quickly enhancing the telecom network capacity to cope with the rising data traffic amidst nation-wide lockdown. The data traffic has surged by 30% in the last few days as more and more companies are switching to Work-From-Home.

13. The Central government appealed in the Supreme Court that media outlets, in the “larger interest of justice”, should only publish or telecast anything on COVID-19 after ascertaining the factual position from the government. According to the government, “any deliberate or inaccurate” reporting by the media, particularly web portals, in the midst of an unprecedented situation can have a “serious and inevitable potential of causing panic in a larger section of the society”.

14. The Government of Andhra Pradesh modified the guidelines of Navatatnalu-Pedalandariki Illu programme. The scheme is called “Houses for all the poor”. The guidelines were changed based on the directions of the High Court. Under the scheme, house sites are to be allotted to the poor at Re 1 to the poor with white ration cards. The State Government is to collect Rs 20 from the people (Rs 10 for stamp paper charges and Rs 10 for lamination charges). The Beneficiaries shall use these sited to construct houses.

15. The Indian Council for Cultural Relations (ICCR) launched global painting competition on the title :United against CORONA-Express through Art.The ICCR aims to build cultural links between countries in the world. It tries to bring all the cultures united against the single emotion of fighting against the COVID-19 together. The event encourages artistic expressions of ideas, feelings and thoughts on social distancing, fight against the virus and quarantine.

16. The Defence Research and Development Organisation (DRDO) has designed a casualty evacuation bag to transport or isolate persons infected with COVID-19. This water and the air-proof bag are in the shape of a rigid cylinder. It is made of non-woven, water-repellant fabric with air and waterproof zippers as well as a ventilator with a film to cater Chemical, Biological, Radiological and Nuclear (CBRN) environment with requisite protection against blood and viral penetration.

17.Bharatpe has partnered with ICICI Lombard to roll out ‘COVID-19 Protection Insurance Cover’ for shopkeepers of the age group-18 to 65 years. On diagnosis of COVID-19 (positive), 100% of the sum will be given, irrespective of hospital expenses with a premium starting at Rs 199. It will also provide value-added benefits such as health assistance and CHAT/ virtual assistance, teleconsultation and ambulance assistance.