The Office of Economic Adviser, Department for Promotion of Industry and Internal Trade (DPIIT) released the Index of Eight Core Industries (Base: 2011-12=100) for the Month of April 2020.

Recently, the Lok Sabha Speaker has nominated 15 MPs from Jammu and Kashmir, Assam, Manipur, Nagaland, and Arunachal Pradesh to assist the Delimitation Commission in redrawing the Lok Sabha and the Assembly constituencies of the northeastern states and the Union Territory of Ladakh.

Delimitation in Jammu and Kashmir:

Delimitation in the Northeastern States: 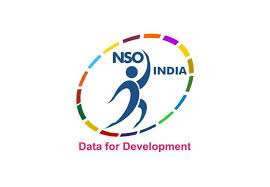 According to the provisional data released by the National Statistical Office (NSO), economic growth slowed to an 11-year low of 4.2% in 2019-20. 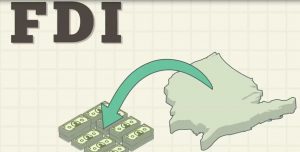 Foreign direct investment (FDI) in India grew by 13% to a record of $49.97 billion in the 2019-20 financial year, according to official data released by the Department for Promotion of Industry and Internal Trade (DPIIT). 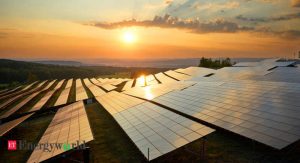 The Government of India has called for bids to roll-out the ‘One Sun One World One Grid’ (OSOWOG) plan.

1. The Ministry of Labour and Employment under its National Career Service (NCS) project has now started offering free online “Career Skills Training” in partnership with TCS ION for its registered job-seekers.

2. Recently, the Haryana government’s decision to enforce the use of Hindi in all courts and tribunals across the state has been challenged in the Supreme Court.

2. A 2 MW Solar Photovoltaic Plant was commissioned at INS Kalinga, Visakhapatnam. The plant is the largest in the Eastern Naval Command (ENC) and has an estimated life of 25 years.

3. Foundation Stone for a Missile Park “AGNEEPRASTHA” was laid at INS Kalinga.

4. The Telecom Regulatory Authority of India (TRAI) has given few recommendations for the development of the new National Numbering Plan for the fixed as well as mobile telecommunication services in the country to ensure availability of the uniquely identifiable numbers to every subscriber in India.

5. The Government of India has discontinued 7.75% savings (taxable) bonds, 2018 for a subscription.

6. Major Suman Gawani, an Indian Army officer who served as a peacekeeper with the United Nations Mission in South Sudan (UNMISS) in 2019, has won the prestigious “United Nations Military Gender Advocate of the Year Award”.