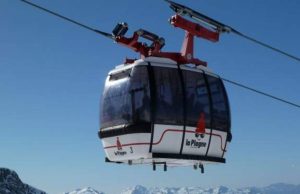 The Union Cabinet gave its approval to the transfer of land of Indo-Tibetan Border Police, ITBP to the Government of Uttarakhand for the development of Aerial Passenger Ropeway System between Dehradun and Mussoorie.