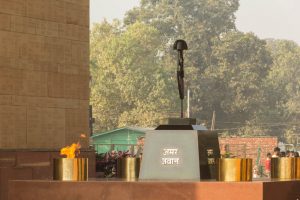 The government has put out the eternal flame of the Amar Jawan Jyoti underneath India Gate and merged it with the one instituted at the National War Memorial in 2019 a few hundred meters away.