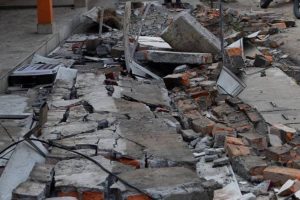 A powerful earthquake measuring 6.4 on the Richter Scale jolted Assam and other parts of Northeast.