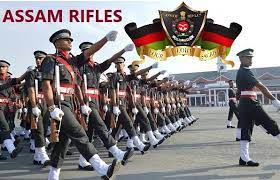 Killing of over a dozen civilians in Mon district of Nagaland saw angry crowds vandalise camps of Assam Rifles in the district.