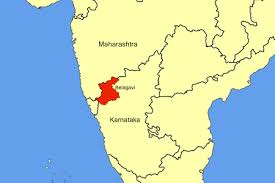 Maharashtra Chief Minister said the disputed border area between Maharashtra and Karnataka should be made an Union Territory until the matter is heard by the Supreme Court. This sparked off a strong reaction in Karnataka.