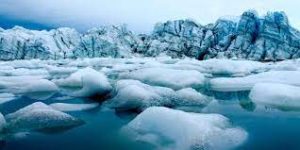 The report titled “Glaciers of the Himalayas: Climate Change, Black Carbon and Regional Resilience” says that the glaciers are melting faster than the global average ice mass. However, the strong policy on black carbon can sharply cut glacier melt.