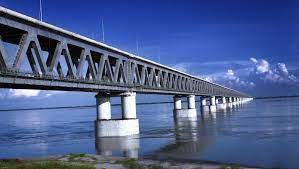 Union Minister of Ports, Shipping & Waterways (MoPSW), Sarbananda Sonowal launched multiple projects for the development of the Bogibeel region near Dibrugarh in Assam.