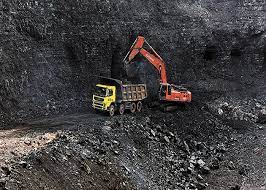 India launched its 2nd Tranche of the auction for commercial coal mining offering 67 mines for the sale of coal. Union Coal Minister launched the auction process.