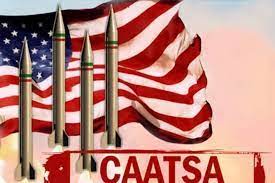 In the first such signal to New Delhi, visiting US Deputy Secretary of State Wendy Sherman has indicated that Washington might reconsider slapping sanctions on the Indian government when New Delhi takes delivery of five Russian-built S-400 Triumf anti-aircraft missile systems in a US$5.5 billion deal later this year.