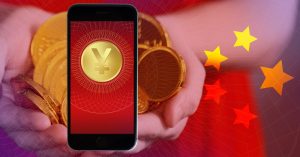 China in February launched the latest round of pilot trials of its new digital currency, with reported plans of a major roll-out by the end of the year and ahead of the Winter Olympics in Beijing in February 2022.