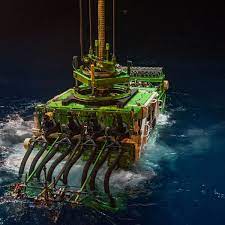 The Minister of State of Science & Technology presented a national science award to Indian scientists who conducted the world’s first locomotive trials of a deep-sea mining system in the central Indian ocean.