Three FIRs Have Been Registered Against Narayan Rane: 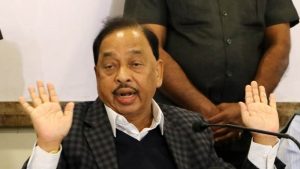 Three FIRs have been registered against Union Minister and Rajya Sabha member Narayan Rane in connection with a speech at Raigad where he spoke against Chief Minister Uddhav Thackeray.

As per the main privileges of Parliament, in civil cases, they have freedom from arrest during the continuance of the House and 40 days before its commencement and 40 days after its conclusion, as per section 135 of the Code of Civil Procedure.

No arrest, whether of a member or of a stranger, can be made within the precincts of the House without the prior permission of the Chairman/Speaker and that too in accordance with the procedure laid down by the Home Ministry in this regard.