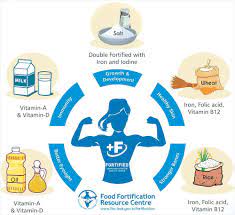 The Food Safety and Standards Authority of India’s (FSSAI’s) Food Fortification Resource Centre (FFRC) has reported that over 70% of India’s population consumes less than half the daily recommended dietary allowance of micronutrients.