NOTA (None Of The Above): 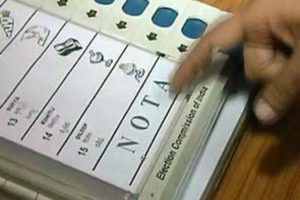 The Supreme Court asked the Centre and the Election Commission of India to respond to a plea that fresh elections should be conducted in constituencies where the highest number of votes polled are NOTA (None Of The Above).

None of the Above (NOTA):