Gender Bias And Inclusion In Advertising In India:: 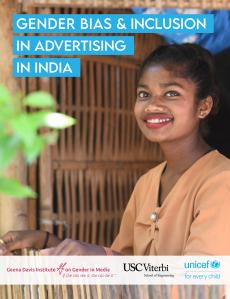 The United Nations Children’s Fund (UNICEF) and the Geena Davis Institute on Gender in Media (GDI) released a report titled “Gender Bias and Inclusion In Advertising In India”.