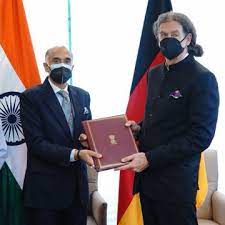 Germany became the 5th country to sign International Solar Alliance Framework Agreement after amendments to it entered into force on 8th January 2021, opening its Membership to all Member States of the United Nations.