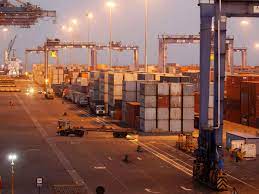 The Ministry of Commerce and Industry has released the Logistics Ease Across Different States (LEADS) Report (Index) 2021.