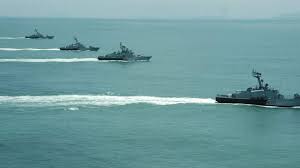 Ram Nath Kovind, the President of India, will award the President’s Standard to the 22nd Missile Vessel Squadron, also known as the Killer Squadron at a ceremonial parade to be held at Naval Dockyard, Mumbai on 08 December 2021.