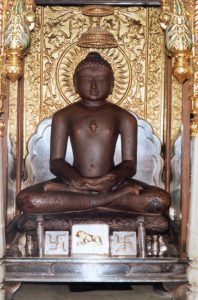 The Prime Minister has greeted people on Mahavir Jayanti, recalling the noble teachings of Bhagwan Mahavir, especially the emphasis on peace, compassion and brotherhood