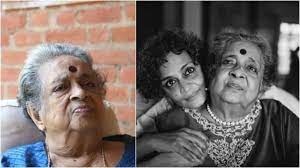 Mary Roy, educator and women’s rights activist, died at the age of 89.