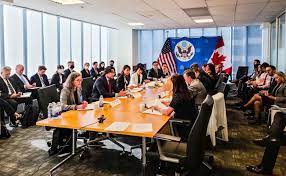 There is growing concern in the Government over India not finding a place in the Minerals Security Partnership.