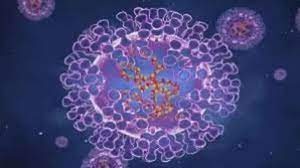 The U.K. health authorities have confirmed a case of monkeypox.