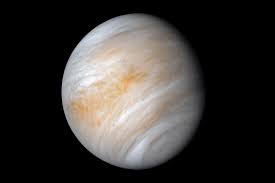 Scientists have obtained new data about Venus by bouncing radio waves off Venus.