1. Himalayan Ibex is a distinct species from the Siberian Ibex.: 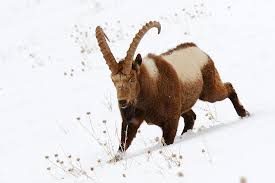 Himalayan Ibex is a distinct species from the Siberian Ibex. 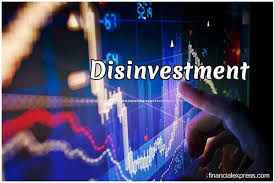 In a bid to shore up its disinvestment kitty ahead of the end of the fiscal, the Centre raised Rs. 13,883 crore through strategic sale of its stake in two state-owned power companies, THDCIL and NEEPCO, and Kamarajar Port Ltd to other state-owned entities.

Targets for the next financial year:

VIX (Volatility Index) is an index used to measure the near term volatility expectations of the markets. 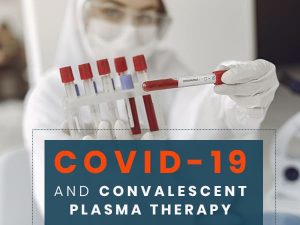 As the proportion of patients infected with COVID-19 continues to rise in the United States, the Food and Drug Administration is facilitating access to COVID-19 convalescent plasma for use in patients with serious or immediately life-threatening COVID-19 infections. 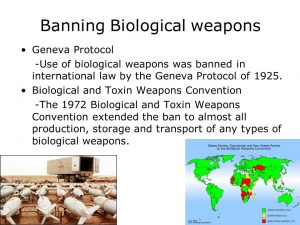 March 26 marked the 45th anniversary of the entry into force of the Biological Weapons Convention. The anniversary comes as the world is grappling with the Coronavirus pandemic. 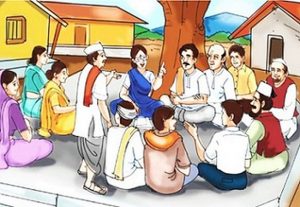 The Karnataka Gram Swaraj and Panchayat Raj (Amendment) Bill, 2020 was passed by the Karnataka Assembly to bring about major changes in the functioning of the rural local bodies in Karnataka.

1.  The nationwide lockdown, to prevent COVID-19, has led to minimal air pollution in over 90 cities including Delhi. Environmentalists have welcomed the reduction in pollution and have urged the government to treat it as a wake-up call and stop the development at the cost of the environment.

2. Manipur Speaker Yumnam Khemchand has disqualified Thounaojam Shyamkumar as a member of the Assembly for defection. Shyamkumar had joined the BJP shortly after being voted to power on a Congress ticket during the 2017 Assembly polls. This was clearly in violation of the provisions of the 10th Schedule of the Constitution of India.

3. Ministry of Labour and Employment has amended the EPF Scheme 1952. It allows the withdrawal of non-refundable advance by EPF members in the wake of the COVID-19 pandemic in the country. The notification permits withdrawal not exceeding the basic wages and dearness allowance for three months or up to 75 percent of the amount standing to member’s credit in the EPF account in the event of an outbreak of epidemic or pandemic.

4. The government has set up the Prime Minister’s Citizen Assistance and Relief in Emergency Situations Fund (PM-CARES Fund) to deal with any kind of emergency or distress situation like posed by the COVID-19 pandemic. This Fund has been set up owing to a number of requests made by the people to support the government in the wake of the COVID-19 emergency.

5. To help fund the emergency relief package, Kerala proposes to borrow as much as ₹12,500 crores from the market in April itself and therefore the Chief Minister has urged the Centre to provide Kerala with flexibility under the Fiscal Responsibility and Budget Management (FRBM) Act so as to ensure that the State’s finances are not adversely impacted in the rest of the financial year starting on April 1.

6. During the coronavirus outbreak, penal provisions, such as Sections 269 and 270 of the IPC, are being invoked to enforce the lockdown orders in various states. Sections 269 and 270 have been used to book persons defying quarantine orders for containing the spread of the pandemic.

7. Recently, the Union Minister of Health & Family Welfare launched the COVID-19 National Teleconsultation Centre (CoNTeC). The CoNTeC is a Telemedicine Hub established by AIIMS, New Delhi, wherein expert doctors from various clinical domains will be available 24×7 to answer the multifaceted questions from specialists from all over the country.

9. Agriculture, farming and allied activities have been exempted from the nationwide lockdown. The decision has been taken with a view to addressing problems being faced by the farming community in the harvesting of their crops and transporting foodgrains to the mandis. This will also ensure uninterrupted harvesting of crops.

10. The U.S. Air Force has canceled the Phase-I of Red Flag due to the COVID-19 outbreak. It is a Pacific Air Forces-sponsored exercise meant to provide realistic training in a simulated combat environment over the Joint Pacific Alaska range complex. It is USA’s flagship multilateral air exercise.

11. Invest India has launched The Invest India Business Immunity Platform. The platform is designed as a comprehensive resource to help businesses and investors get real-time updates on India’s active response to COVID-19 (Coronavirus).

12. While people are struggling for masks and sanitizers in the urban areas, Gond tribal people living in Panna, Madhya Pradesh have devised their own way to make masks to fight coronavirus. Tribal people are making masks with medicinal leaves and following traditional ways to prevent the spread of the coronavirus.

13. Earth Hour 2020 was held on March 28, from 8:30 pm to 9:30 pm. Earth Hour is a global grassroots movement uniting people to take action on environmental issues and protect the planet. Organized byWorld Wide Fund for Nature (WWF). Earth Hour was started as a lights out event in Sydney, Australia in 2007.

14.RBI has notified with a circular that the mega-merger of 10 PSBs into 4 will be effective from the start of the new financial year (1st April 2020), as per the amalgamation scheme. As per the scheme, Oriental Bank of Commerce and United Bank of India will be merged into Punjab National Bank; Syndicate Bank into Canara Bank; Allahabad Bank into Indian Bank; and Andhra and Corporation banks into Union Bank of India.

16. The International Table Tennis Federation (ITTF) announced that it is suspending all the planned events until June 30, 2020. The decision was taken during the ITTF meeting that was held to discuss the effects of the Novel Corona Virus.

17. The Asian Development Bank announced that it is to invest 100 million USD in National Investment and Infrastructure Fund (NIIF). The investment during an economic slow down is a great boost for the Indian Economy

18.The government has approved Insurance Scheme announced under Pradhan Mantri Garib Kalyan Package for health workers who are fighting to contain COVID-19. The scheme will provide an insurance cover of 50 lakh rupees for ninety days to around 22.12 lakh public healthcare providers including community health workers.
The scheme will also include accidental loss of life on account of contracting COVID-19.

19. The Government of India has launched a coronavirus risk-tracking app called ‘Corona Kavach’ to protect Indian citizens from getting infected by COVID-19. Jointly developed by the Union Ministry of Electronics and Information Technology and the Union Ministry of Health and Family Welfare, the app uses a person’s location to assess whether they are in the high-risk geographical zone or not. The app is now available for download on Google Play Store for Android phones.