One District One Product Merged With Districts As Export Hub: 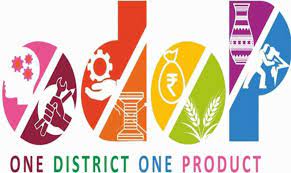 The ODOP initiative operationally merged with ‘Districts as Export Hub (DEH)’ initiative of DGFT, Department of Commerce, with the Department for Promotion of Industry and Internal Trade (DPIIT) as a major stakeholder.