What Is The OSIRIS-REx Mission? 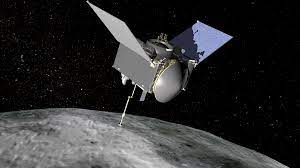 OSIRIS-REx is bringing back an asteroid sample. It will arrive home in 2023, ejecting a capsule full of samples that may help eager scientists decipher the origin of Earth’s water and life.