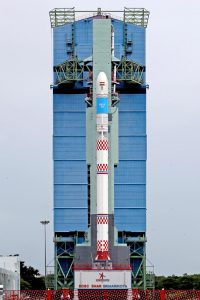 The Indian Space Research Organisation (ISRO) will launch its maiden Small Satellite Launch Vehicle, SSLV-D1/EOS-02 from Satish Dhawan Space Centre from Sriharikota at 9.18 am on August 7, 2022.