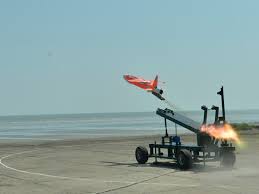 ABHYAS – the High-speed Expendable Aerial Target (HEAT) was successfully flight-tested by Defence Research and Development Organisation (DRDO) from the Integrated Test Range (ITR), Chandipur off the coast of Bay of Bengal in Odisha.