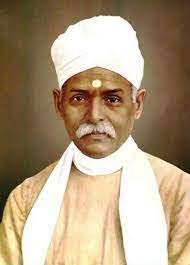 The Prime Minister recently paid tribute to Pandit Madan Mohan Malaviya on his jayanti at a function at Parliament.