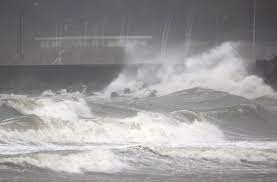 Typhoon Nanmadol, one of the biggest storms to hit Japan in years, killed at least two people and brought ferocious winds and record rainfall to the west of the country, causing transport disruptions and forcing manufacturers to suspend operations.