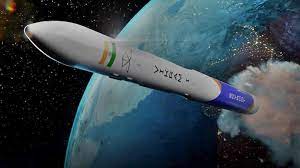 India’s first privately developed rocket, Vikram-S, is poised to create history as it undergoes final preparations at the ISRO (Indian Space Research Organisation) launchpad in Sriharikota for launch between November 12 and 16.