What Are Fast Radio Bursts?: 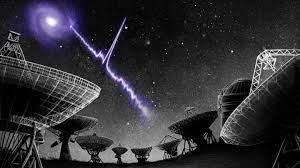 Researchers from the Pune-based Tata Institute for Fundamental Research (TIFR) and the National Centre for Radio Astrophysics (NCRA), have assembled the largest collection of Fast Radio Bursts (FRBs) catalogue.

The new catalogue significantly expands the current library of known FRBs, and is already yielding clues as to their properties.