What Is Flood Plain Zoning? 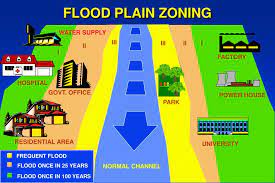 The Ministry of Jal Shakti has informed the Rajya Sabha that the states of Manipur, Rajasthan, Uttarakhand and erstwhile State of Jammu & Kashmir had enacted the National Floodplains Zoning Policy.